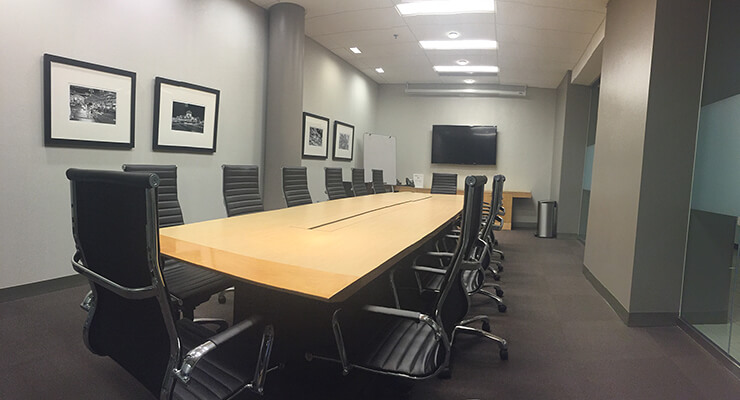 Mike Mobley Reporting, the largest court reporting firm based in Southwest Ohio, has announced a new location in Easton near the CMH Airport in Columbus, Ohio.

President Todd Mobley stated, “We have enjoyed working with our clients in Columbus, Ohio over the years. Due to our goal of being the best resource we can for our clients, it was time to move our location near the airport to allow for more space, conference rooms, and videoconferencing capabilities. This has been a significant year for expansion of our Columbus locations. Earlier this year, we increased our space at our Dublin and Worthington area locations, we opened a brand new downtown location across from The Ohio Statehouse, and have now moved our airport location. The locations are throughout the Columbus region to be more convenient to wherever people may be coming from, whether they are from the local area or traveling in from out of town.”

Mike Mobley Reporting has four locations throughout Columbus and ten in Southwest Ohio and Northern Kentucky, also including locations in Cincinnati and Dayton.

Not only does the new location provide more conference rooms and videoconferencing, but it is also surrounded by many excellent restaurants and hotels.

The firm is one of the most well-respected in Columbus and has already received more 5-star reviews from clients than the majority of court reporting firms throughout the nation. Some of the reviews include:

Marc Pera stated, “I wish every company was run like Mike Mobley Reporting. In two decades, Mobley has never failed to deliver a quality product, be on time, or be courteous. Mobley is always willing to assist us with every request, even setting up jobs for us when we are out of town. If you use Mobley for your depositions or videoconferences, you will be happy.”

Mark Schumacher stated, “Mobley’s is a top-notch, full-service reporting company that I have used for the last 20 years and have never been disappointed. They get it right and on time every time. They find out-of-town reporters and videoconferencing, they have edited raw video in mid trial and go the extra mile routinely and with a smile. My highest recommendation and thanks!”

Misty Thomas stated, “Mike Mobley has always done a great job. The reporters are on time, professional, and timely in their production of the finished product. I highly recommend Mobley Reporting for all of your needs, stenographer, videographer, videoconferencing, and tech support at trial.”

Laura Dierks stated, “We use Mike Mobley Reporting as often as possible. They are always very responsive with scheduling, either over the phone or email, and will work with you if you need a transcript right away. They are our preferred court reporter in the area.”

Professional videoconferencing equipment is available at the new location for those who prefer not to or are unable to travel. This allows all necessary parties to attend depositions and other meetings remotely from anywhere.

Founded in 1979, Mike Mobley Reporting has been a mainstay of Ohio’s litigation support industry and is currently the largest court reporting firm based in Southwest Ohio. The firm has pioneered the use of new court reporting technologies such as e-transcripts, realtime reporting, live deposition streaming, video depositions, videoconferencing, and more.

Law firms, court reporting firms, and corporations around the nation have come to rely on Mike Mobley Reporting to provide court reporters, court reporting services, video, and conference rooms throughout Southwest Ohio. Their experienced and credentialed reporters are able to handle any legal proceeding.

The new location information near the airport is:

To schedule a deposition or find out more information about Mike Mobley Reporting, call 1-800-894-4327.

Get updates when we post informative tips and stories about court reporting, legal technology and other topics for legal professionals.