As many of you know, the cities of El Paso, Texas, and here in Dayton, Ohio, are reeling from the mass shootings that have left 31 people dead. In El Paso, on Saturday, August 3rd, a gunman opened fire at a Walmart and killed 22 people and injured 22 others. Less than a day later, on August 4th, 9 people were killed and 27 others were injured when a gunman opened fire in the Historic Oregon District here in Dayton. That’s just 100 yards from our firm’s front door. This isn’t something we can throw gloves on and help with like we could for the tornados.

So, once again, we are helping to raise money for the families left behind. We wish this raffle were happening under different circumstances. However, given the tremendous success of the last raffle, we feel confident we will be able to have the same success, if not more, for the ones mourning their losses from these senseless acts of violence.

There are a couple of options you have, if you choose to donate:

The Dayton Foundation has established an Oregon District Tragedy Fund for the victims’ families.

Public Good has also launched a fundraiser for victims in both Dayton and in El Paso, Texas.

The Dayton Daily News also has a roundup of local businesses that are helping the grieving community and pitching in by donating profits, hosting a potluck and collecting funds for the victims and families.

Local residents are also requesting help — from supplies to donations — on Facebook’s crisis response page to the shooting.

With the help of our friends from the Cincinnati Reds marketing team, we were able to put together yet another, fantastic package to offer the raffle winners!

What do you win?! 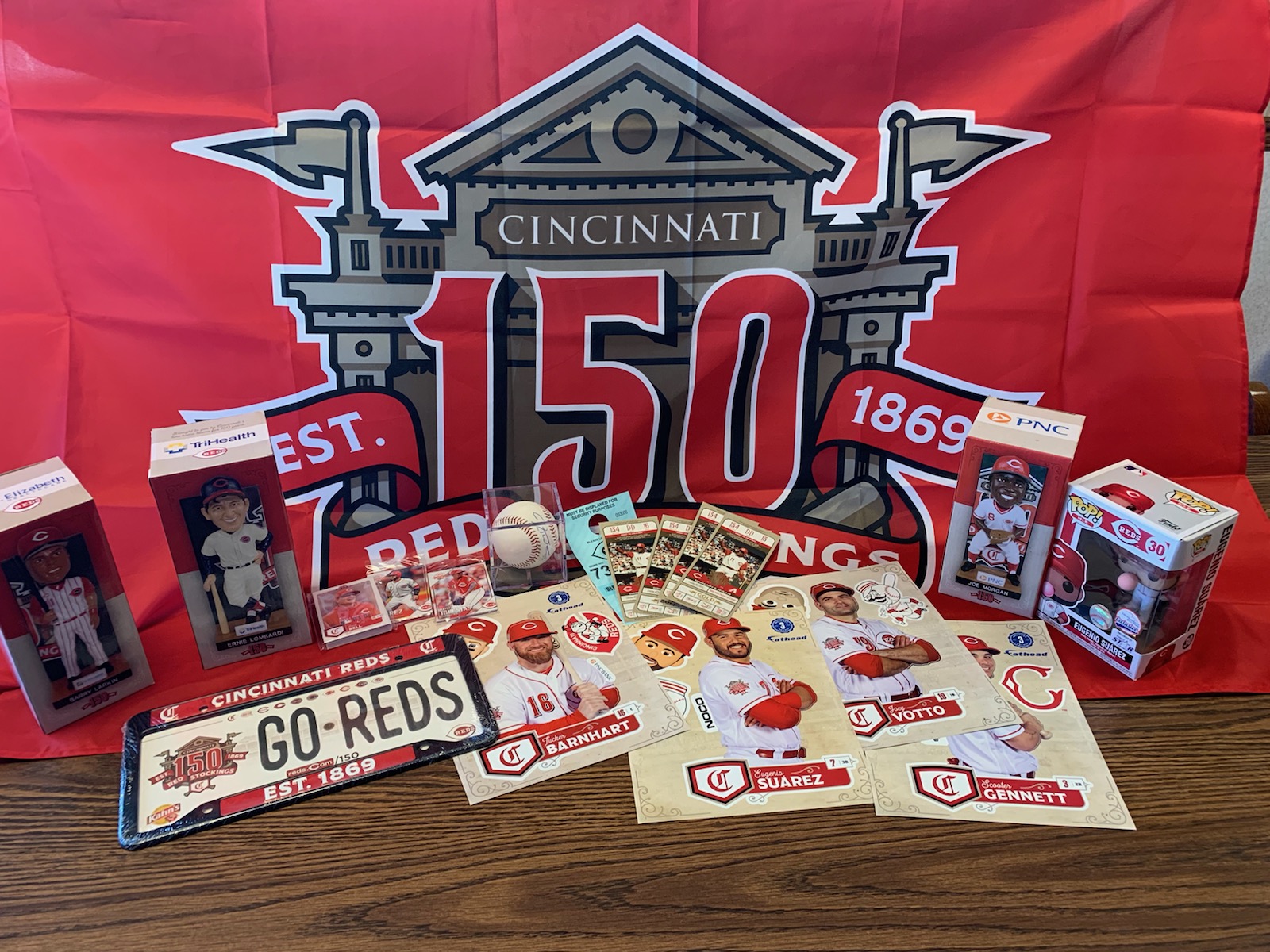 4 Tickets to the Cincinnati Reds v. Arizona Diamondbacks for Sunday, September 8th, 2019 @ 1:10pm WITH a parking pass to the East Garage!

This time, I decided to do a second place prize as well. That’s right, TWO WINNERS!

Runner up will receive: 4 tickets to the Friday, September 6th, 2019 game @ 7:10pm for the Cincinnati Reds v. Arizona Diamondbacks, also comes with a parking pass to the East Garage!

If you were not able to donate and/or did not participate in the last raffle we held, it works just the same. All you have to do is go to one of the links above and make a donation of at least $20 (or more, whatever you feel). Any donation is appreciated, but this will put you in the raffle for the above mentioned prize. Once you have made your donation, email me directly at Courtney@mobleyreporting.com, and I will put your name in the running. All you need to put is “I have made my donation to the Dayton/El Paso fund” in the subject line (just please make sure you have a signature block in the body of the email).

Drawing will be held on Thursday, September 5th, 2019 @ 3pm! So hurry and get your donations in to ensure your entry to win this awesome package!

Thank you in advance for your time and generosity. There’s no doubt that 2019 has been a trying year for Dayton, but we are proving, yet again, that nothing compares to the strength and resiliency of a community such as ours.

“Kindness is beautiful way of letting a struggling soul know there is still love in this world.”

Courtney Elliott is a member of the court reporting office staff team at Mike Mobley Reporting, a Veritext company. She was born and raised in and has never left Beavercreek, a suburb of Dayton. She loves being a mother, fostering dogs, living in Dayton, and seeing the community come together in times of need. #DaytonStrong