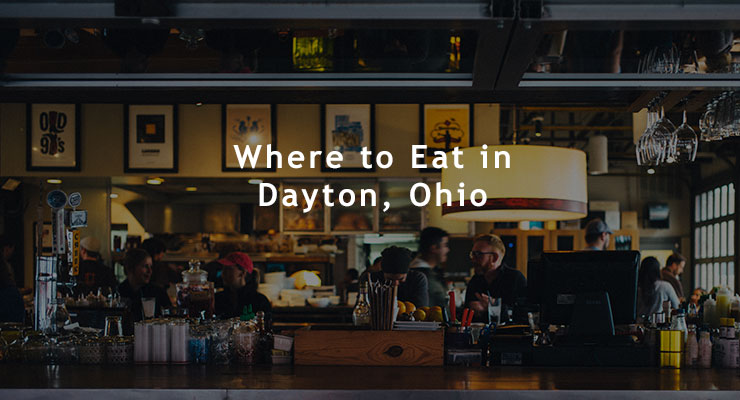 At the Mike Mobley Reporting office in Dayton, if we have not started talking about “What’s for lunch?” by 9:30 a.m., the flu is probably about to hit our office. We love court reporting but we love food as much. We love it when we have clients visit the office for depositions from out of town and want a suggestion on where to eat in Dayton. There are so many little treasures we have all over our fine city. Here are a few suggestions we give people on a regular basis. If you are visiting Dayton, give one of them a try.

Flying Pizza – New York Style pizza by the slice. You can go traditional thin crust, Sicilian thick crust or my favorite, one of each. We’ve had a number of New Yorkers come back to the office after lunch and say they felt like they were home at Flying Pizza.

Skyline Chili – Stole this one from the “Where to Eat in Cincinnati” article but even though Skyline is Cincinnati chili, Daytonian’s still love it. Here is what our legal videographer Steve had to say about Skyline – Love it or hate it, “Cincinnati style” chili is the most well-known regional dish we have to offer. This polarizing style of chili features a meat sauce with hints of cinnamon and cocoa laid over either a bed of spaghetti or hotdog and covered with mounds of shredded cheese. More than anything else on this list, this is a risky recommendation as many who try out our special brand of chili leave either loving or despising it.

El Meson Food Truck – If you are in Dayton and lucky enough to have the El Meson Food Truck any place close to where you are taking depositions, you have to give it a shot. Their grouper soft tacos or chorizo burritos are amazing. They have some wonderful South American desserts to follow. If you are spending the night or week in Dayton for depositions, El Meson’s original restaurant is an amazing to place to have a longer lunch or dinner.

Longer Lunches or Dinner in Dayton:

The Dublin Pub – Always a favorite at Mike Mobley Reporting, The Dublin Pub is an Irish Pub that has great drink options but even better food options. They have great appetizers like the Emerald Ale Dip to the Barney Stones or just a pint of Guinness. One of my favorite sandwiches is the Ruck (smoked beef brisket, Guinness BBQ sauce, sautéed onions and cheddar cheese on a pretzel roll) and they have the best Fish and Chips and/or Shrimp and Chips in town. You can’t go wrong with the Hell’s Belle’s Pasta or Bully Prime Shot either.  Enjoy!!

Franco’s – Another gem of the Gem City is Franco’s Ristorante Italiano. Everyone at Mike Mobley Reporting loves Italian food and Franco’s never disappoints. From the Alla Panna Gorgonzola to the Lasagna to the Scalloppini Entrée, the food is magnificent.

Mamma DiSalvo’s – Like I said, we love our Italian food at Mike Mobley Reporting. Mamma DiSalvo’s is about 10 minutes south of downtown Dayton but the food is out of this world. The homemade pastas, meatballs and sausages make my mouth water just thinking about it. The sauce is homemade by Mama and even sold in most of our grocery stores. I love the homemade gnocchi and the lasagna. The smells from the angel hair con scallops will make you feel like you are in Italy.

Dinner Only in Dayton:

Pine Club – A few minutes from downtown and basically on the campus of the University of Dayton, the Pine Club has the best steaks in town. They’ve won all kinds of national awards but it is as hometown as it gets. The Pine Club is another Dayton diamond that will make you feel like you just ate at one of the nicest restaurants in the country. If you’re going all out have the broiled lobster tail appetizer and one the classic steaks so you get the best of both worlds.

Thai 9 – Thai 9 is located just outside of downtown in the historical Oregon District. The Oregon District is home of two earlier mentioned favorites The Dublin Pub and Franco’s. Thai Nine specializes in upscale Thai dishes and has wonderful sushi. If you like Thai food and like to pick your heat, don’t miss this one!!

Do you have any restaurants to add to this list? If so, we’d love to update this resource article with your input.  Email us to let us know.

Todd Mobley is the president, accountant, and videographer for Mike Mobley Reporting. He has served on numerous committees of national and Ohio court reporting industry associations. Connect with him on LinkedIn.